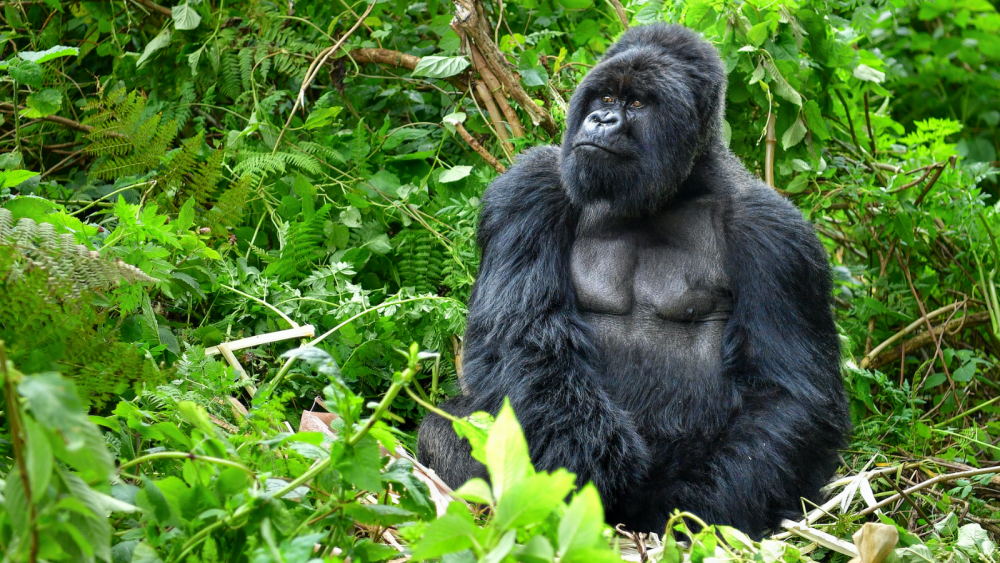 There’s little else that seems to matter besides Covid-19 right now. Problems and topics that felt pressing just a month ago have completely faded into obscurity. Issues like climate change, wildlife conservation, and the push towards greener energy sources have all taken a back seat.

Covid-19 is a once in a lifetime problem, and it certainly warrants all that attention. But, a new announcement of Africa is serving as a sobering reminder that humans aren’t the only species susceptible to this new viral threat.

The already endangered mountain gorillas of Africa are believed to be vulnerable to Covid-19. Unfortunately, there are only roughly 1,000 of these primates alive today, and a coronavirus outbreak could potentially devastate the remaining population.

Virunga National Park in the Democratic Republic of the Congo is home to about a third of the African mountain gorilla population. Park officials said in a statement that they have decided to close the park to all visitors immediately until June 1st due to “advice from scientific experts indicating that primates, including mountain gorillas, are likely susceptible to complications arising from the COVID-19 virus.”

“The park’s temporary closure of mountain gorilla tourism is being undertaken as a precautionary measure and is in line with the World Health Organization’s recommendation to restrict movement and limit social contact,” the statement reads.

Considering just how contagious Covid-19 is, and the virus’ penchant for stealth transmission, it isn’t entirely impossible that a gorilla has already contracted the virus.

Besides the Congo, these intelligent apes also reside in Rwanda and Uganda. Rwanda just announced a national lockdown and closed its borders to foreigners, so it’s safe to say there won’t be any tourists there anytime soon. Meanwhile, in Uganda, officials haven’t announced an official shutdown on gorilla trips, but there’s virtually no need because all tourism business has ground to a halt in the wake of COVID-19.

Evolutionarily speaking, gorillas really aren’t that different from humans. As such, mountain gorillas are already known to be susceptible to various human illnesses, such as scabies. In fact, according to the WWF, the common cold can kill a gorilla. If a simple cold, an ailment that humans can recover from in a matter of days, can do that, imagine the harm Covid-19 could potentially inflict.

“We know that gorillas are very sensitive to human diseases,” Paula Kahumbu, chief executive of the Kenya-based conservation group WildlifeDirect, told The Associated Press. “If anyone has a cold or a flu they are not allowed to go and see the gorillas. With coronavirus having such a long time of no symptoms in some cases, it means that we could actually put those gorillas at risk.”

Of course, human transferred illnesses certainly aren’t the only threat to African mountain gorillas. Their numbers have dwindled over the past decades in large part due to illegal poachers. The economic benefits of gorilla tourism have been a driving force behind anti-poaching initiatives in recent years, so the sudden drop in tourism revenue caused by COVID-19 may end up leading to an uptick in poaching activity.

As Europe and North American find themselves at the center of the Covid-19 global outbreak, the entire continent of Africa is simultaneously scrambling to prepare for what is almost assuredly coming very soon; a huge increase in Covid-19 cases.

Due to most African nations’ less than stellar healthcare facilities, Africa may be feeling the effects of Covid-19 long after other areas of the world have subdued the virus. Beyond the obvious repercussions for the over 1.2 billion people living on the continent, these projections don’t project an optimistic outlook for the continent’s gorillas.

Covid-19 has crept into seemingly every aspect of our lives at this point. Very few industries, or individuals for that matter, have been left untouched. This report, though, just goes to show that this terrible virus isn’t limited to just humanity.

14 Reasons Why Anxiety Sucks (And How To Fix Them)

One Acre of Land on Mars – Groupon

14 Reasons Why Anxiety Sucks (And How To Fix Them)

One Acre of Land on Mars – Groupon