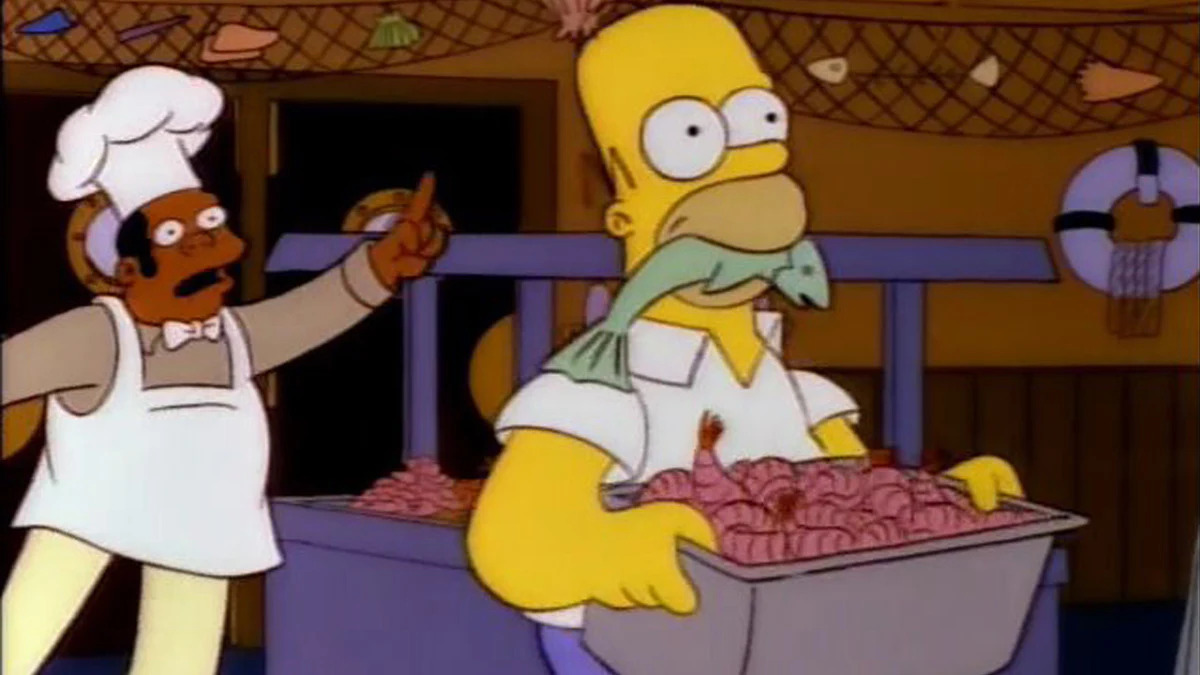 A man in China has been banned from a BBQ seafood buffet after the owner claimed he was eating too much every time he came in. He was causing the restaurant to lose money with every reservation he had. Good lord, I don’t know whether I’m shocked at the idea of someone eating so much. Now he has knowledge that “all you can eat” restaurants actually do have a limit.

According to the BBC, the man – a live-streamer known only as ‘Mr Kang’ – told local Hunan TV he was blacklisted from the restaurant in Changsha city after a series of binge eating sessions where he ate kilos of pork trotters and prawns.

Apparently Mr Kang has accused Handadi Seafood BBQ Buffet as being “discriminatory” against people who can hoover a lot of food, and said it’s not his fault that he can eat a lot in one go. READ MORE The Best Buffets In Australia According To Me & My Buffet Group Chat

The restaurant’s owner clarified just how much the live-streamer was hoofing down every time he came in for a feed, and told Hunan TV he loses “a few hundred Chinese Yuan” with every visit.

“When he eats the pork trotters, he consumes the whole tray of them. And for prawns, usually people use tongs to pick them up, he uses a tray to take them all.”

The restaurant won’t allow foodie influencers to live-stream their visits anymore This is possibly in a bid to stop people from coming in to exploit the all-you-can-eat option.

Look, I can’t help but think that this is a real life version of that episode of The Simpsons where they go to the Frying Dutchman, and Homer takes advantage of the seafood buffet. It’s too perfect, and I can only dream that Mr Kang was dragged out of the restaurant in the same way.

There’s no indication of whether Mr Kang is gonna hire some hot-shot Lionel Hutz-energy lawyer to sue the pants off the seafood restaurant, though.