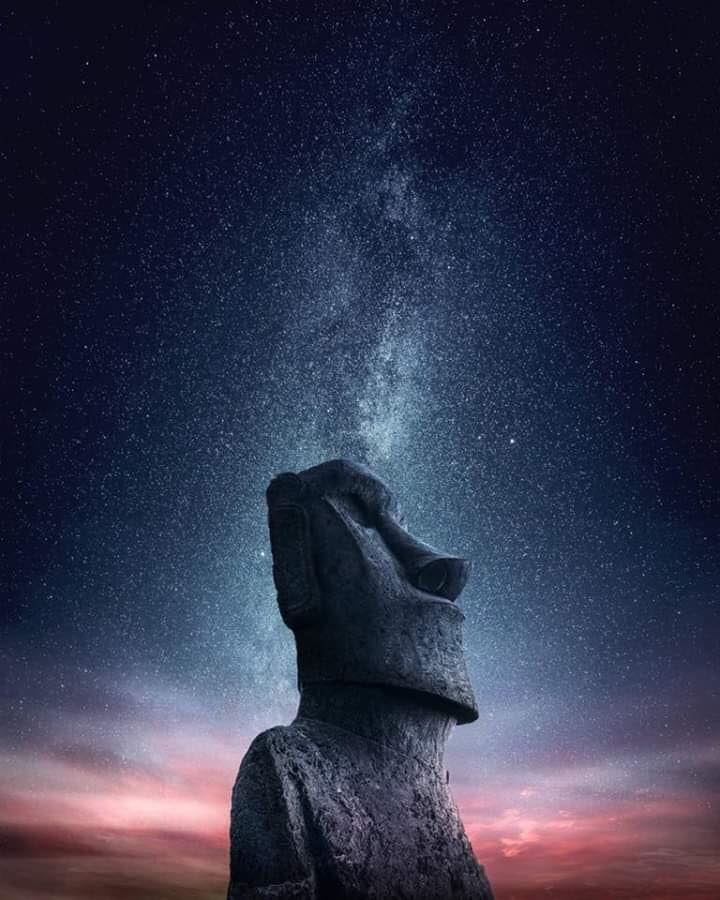 Easter Island is most famous for its nearly 1,000 extant monumental statues, called Moai, created by the early Rapa Nui people. In 1995, UNESCO named Easter Island a World Heritage Site, with much of the island protected within Rapa Nui National Park.

When and why these people left their native land remains a mystery. But what is clear is that they made a small, uninhabited island with rolling hills and a lush carpet of palm trees their new home, eventually naming their 63 square miles of paradise Rapa Nui—now popularly known as Easter Island.

The isolated Rapa Nui developed a distinct architectural and artistic culture that weathered the centuries. Rapa Nui’s mysterious Moai statues stand in silence but speak volumes about the achievements of their creators. The stone blocks, carved into head-and-torso figures, average 13 feet (4 meters) tall and 14 tons.

The so-called Moai monoliths are believed to date between the years 1,000 and 1,500 of the Common Era (CE).

The hand-carved statues, some of which are as tall as 32ft (10m), were at times considered a symbol of power, a representation of Polynesian ancestors, religious in purpose, or contact with aliens?

Researchers from the United States and New Zealand have now proposed the statues were concentrated around very specific locations on Easter Island.

“The sharing points to a critical part of explaining the island’s paradox: despite limited resources, the islanders succeeded by sharing in activities, knowledge, and resources for over 500 years until European contact disrupted life with foreign diseases, slave trading and other misfortunes of colonial interests.”

The first people to settle Easter Island are understood to have landed on its shores some 900 years ago under the guidance of Polynesian chief Hotu Matu’a.

Archaeologists believe the island gave birth to a thriving Polynesian culture at one point in history but the civilization did not stand the test of time.

May 11, 2021 Your DailyDistraction
Art Humor Photography