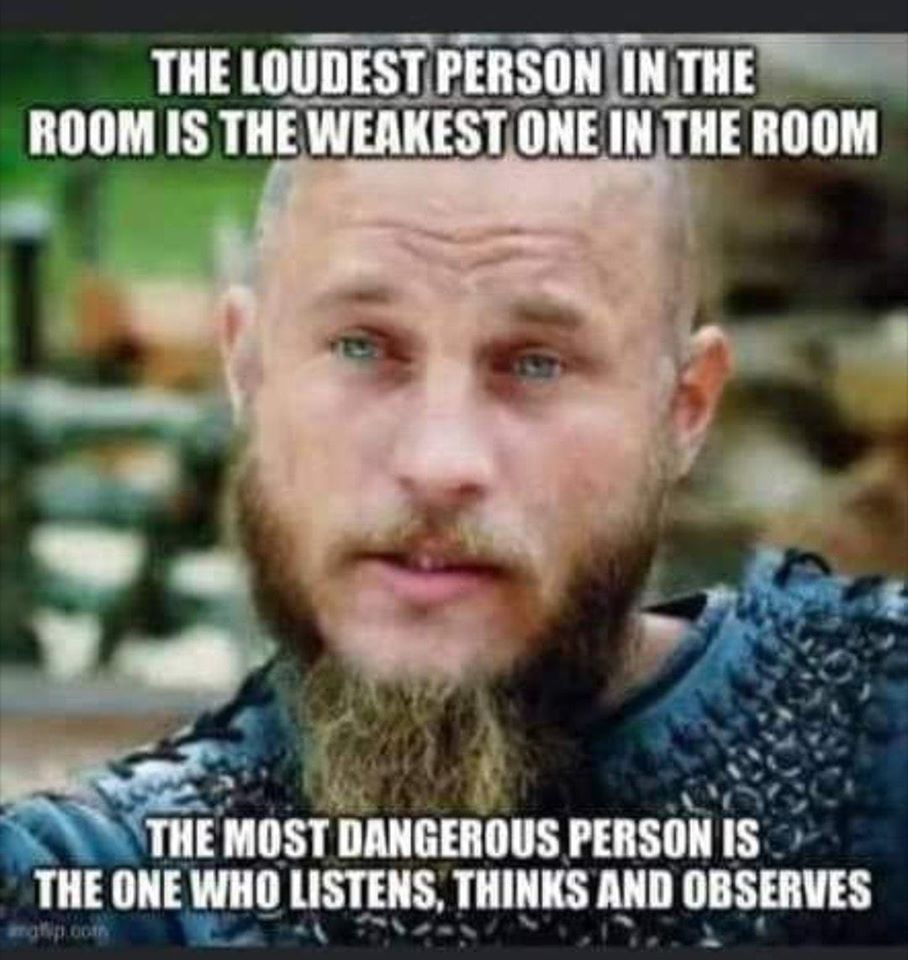 Do you ever notice that the quiet one sitting in the corner; you probably do not notice the quiet one vs the one who does just not stop talking or communicating or is just are excessive with their “arguments” and commentary and when pressed, tends to get on people’s nerves? Sometimes the loudest person in the room is the weakest one in the room. This is usually the case.

At a party, do you feel that there is just a loud obnoxious person who is either too entitled, embodied, opinionated or intoxicated, and trying to call too much attention to themselves sometimes as a rude attempted alpha behavior move?

Dismiss this at once.

The quiet ones are dangerous as they are because they have a set of beliefs that they are unlikely to waver from – beliefs and ideas of interaction that have resulted from years of getting to know oneself, unfamiliar situations or repeated occurrences in life that have learned behaviors? The quiet ones will be silently observing a situation and watching it unfold with little input until computed unless needed prematurely. Having such beliefs and truths they have learned over the years, such a clear depiction of one’s reality makes one disciplined and – more importantly – hungry for the knowledge of the situation before reacting.

Those that are being the loudest in a room physically, socially, or possibly online are probably trying to call attention to themselves, their commentary and thoughts and are quite a possibly weak inward feeling of one’s self. If it is not their turn to speak in an organized fashion, and there is an attempt to try to control a situation and not entering a peaceful debate if a situation were to occur or their turn to speak they should step down.

A calm cool collected person might be boisterous, but a scholar knows when to sit back and take a situation in and then react with the appropriate energy vs a person of weak inner perceived value and will attempt to compensate.

Maybe the loudest in the room has a valid point to prove, but it is always in the manner of delivery that UPS has best.

Maybe it has to do with a personal internal security issue that is beyond someone’s control and what is best is to walk away from it if your interface isn’t compatible with the other interface.

A true leader will have an educated background to which they speak and provide solutions, a goal, and a purpose and not just noise. Be careful for those who speak loudly to be heard vs those who speak from experience and wisdom with a moderate tone. Entertain that silent type persona and sit back and take in the situation and only react immediately if needed.

Deal of the day for Groupon! 80% off Teeth Whitening! Act quickly!